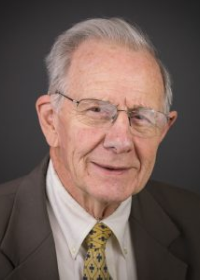 A forest biologist at North Carolina State University, Ellis became a world leader in environmental research. He was elected to membership in the National Academy of Sciences in 1973. In 1997, Cowling was promoted to University Distinguished Professor At-Large at NC State. In this capacity he became a vigorous advocate for enhancement of the commitment of faculty to more adequately serve the needs and aspirations of the people of North Carolina, the nation, and abroad. He led or strongly influenced a series of faculty committees that revised the Statement of Values Held Dear by NC State University, revised the criteria and processes for decisions about promotion and tenure, revise “Statements of Mutual Expectations” in one or more of “Six Realms of Faculty Responsibility” that are then used as the basis for evaluation of faculty performance and rewards, completed documentation required by the Carnegie Foundation for Advancement of Teaching culminating in elective classification of North Carolina State University as a Large STEM-Dominated Research Extensive University with strong emphasis in “Community Engagement” and recognition of its programs in both “Curricular Engagement” and “Outreach and Partnerships.”