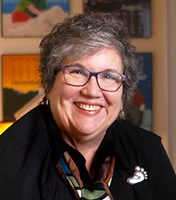 Lynn White Blanchard is the director of the Carolina Center for Public Service at the University of North Carolina at Chapel Hill. She received her master of public health and doctoral degrees from UNC’s Gillings School of Global Public Health, where she also serves on the faculty in health behavior. After graduating from East Carolina University, she began her professional life as a public school teacher in Wake County. Following graduate school, Dr. Blanchard was associate director of Family Support Network of North Carolina, held faculty appointments at UNC-Chapel Hill and the Pennsylvania State University, and directed an award-winning community initiative in eastern Pennsylvania. Currently, she oversees development of the Center, including APPLES Service-Learning, Buckley Public Service Scholars, and Thorp Faculty Engaged Scholars. She teaches the undergraduate course Philanthropy as a Tool for Social Change and leads the annual Tar Heel Bus Tour for UNC faculty and administrators. On the national front, she was co-director of Faculty for the Engaged Campus, an initiative of Community-Campus Partnerships for Health, and served on the Executive Committee on the APLU. In 2016 she was inducted into the national Academy of Community Engagement Scholarship (ACES) and currently serves on the ACES Board. In 2019, she was inducted into Carolina’s Order of the Golden Fleece and received the Massey Distinguished Service Award.

Blanchard has provided keynote addresses and workshops on public service and community engagement, teamwork and collaboration, promotion and tenure related to community engaged scholarship, and other related topics.