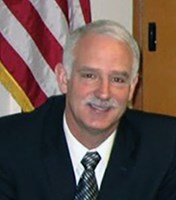 Mark Labhart worked for the Oregon Department of Forestry for 35 years managing the largest State Forest in Oregon for the majority of that time. Following that, he was elected as a Tillamook County Commissioner, a post he served for 12 years. He was then appointed by the Governor to the Oregon Fish & Wildlife Commission and the Oregon Watershed Enhancement Board, as well as being asked to serve on several Legislative Task Forces to resolve complex Oregon problems.