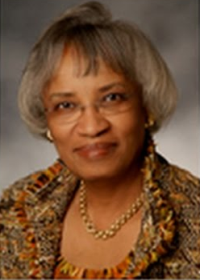 In February 2004, Mary Evans Sias was named President of Kentucky State University after serving eight years as Senior Vice President for Student Affairs and External Relations at the University of Texas at Dallas (UTD). Dr. Sias also served 13 years as Chief Executive Officer of the YWCA of Metropolitan Dallas. She has been an Associate Provost, Associate Professor, and Assistant Professor at UTD. She was also an Assistant Professor at Grambling State University and Southern Methodist University. Having a keen interest in teen pregnancy rates and domestic violence, she served as Director of the Women’s Resource Center in Dallas.

In Dallas, Dr. Sias served as Vice Chair of the Richardson Regional Medical Center Board of Directors; president, Girl Scouts of Tejas Council Board of Directors; and Grants Committee Chair, King Foundation Board of Governors. In addition, she was a member of the Oaks Bank & Trust Company Board of Directors, City of Richardson Civil Service Board and advisory board for the Salvation Army. Dr. Sias’s awards include the Women of Excellence Award, presented by Women’s Enterprise; Texas Women of Distinction Award, presented by the Tejas Council of Girl Scouts; and Outstanding Texan Award, presented by the Texas Legislative Black Caucus. She was also awarded the Ford Foundation Doctoral Fellowship for Black Americans and the National Institute of Mental Health Fellowship in Societal Change and Human Development.