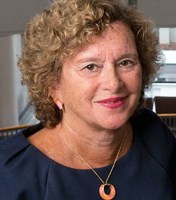 Dr. Cantor’s groundbreaking contributions on social intelligence include how people interpret their social worlds, set personal goals and regulate their behavior.  That work guided her approach in creating opportunities for people and their environments, a cornerstone of engagement.  As University of Michigan Provost she led the fight in defense of affirmative action in the case of Gutter v. Bollinger.  Moving into the Chancellorship at the University of Illinois at Urbana-Champaign in 2001 she became a national spokesperson for civic and social responsibilities of the modern university, subsequently the University of Illinois-Chicago, became a national model of collaboration between a higher education institution and its home community

As the University of Syracuse President Dr. Cantor attracted millions of dollars into urban renewal through her “Scholarship in Action” program.  This included revitalization of a section of Syracuse by creation of an innovation center.  She helped lead the planning and implementation of the “Connective Corridor” linking the campus with downtown Syracuse, creating physical business and cultural connections and establishing the perception of the University and city as being “of” each other.  “Say Yes to Education” is placing hundreds of university volunteers into support roles in city schools.  As Rutgers University-Newark Chancellor, Dr. Cantor is taking that same approach in connecting that University with its city.