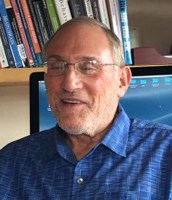 Paul Golding, Ph.D., is the president of the Santa Fe Boys Educational Foundation, which sponsors the Early Origins of Male Violence Conference in Santa Fe. Through publications and conferences, the foundation and Dr. Golding seek to educate adults about the unique vulnerabilities of boys captured in the phase, “boys at risk.” Twenty years ago, as a new Big Brother and president of the Santa Fe Big Brothers and Big Sisters organization, Golding became interested in what was happening to boys, the so-called “boy crisis.” In addition to his experience with his Little Brother and editing the Santa Fe Boys newsletter, he has pursued this subject by contributing articles in the Zero to Three Journal, the Infant Mental Health Journal, and the soon-to-be-published entry on “Boys at Risk” in the Encyclopedia of Infant and Early Child Development (Elsevier).

Prior to this change in his career trajectory (and his move to Santa Fe, New Mexico), Dr. Golding worked as an economist for the Agency for International Development of the U.S. State Department and for the U.S. International Trade Commission. He also translated a collection of short stories from the Hindi, published in 1997, as Tales of Banaras—The Flowing Ganges: The Life and Lore of India’s Sacred City on the Ganges Through the Tales of Shiv Prasad Mishra.