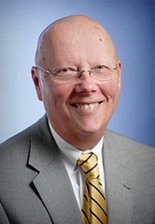 Stanley Hyland is an exemplar of the concept of engaged scholarship. It is reflected in his 35 years of community partnership practice, the resulting research and writing, in his leadership in moving his and other universities to engagement and in his many local, state, national, professional, and international awards.

As a scholar, among his 36 journal articles and book, Dr. Hyland has published 12 articles and book chapters explicitly advancing the theory of engaged scholarship. His 2013 chapter in the Annals of Anthropological Practice titled, "Responding to Community Needs through Linking Academic and Practicing Anthropology: An Engaged Scholarship Framework" provides an example of that work. In practice, his focus has been on building community capacity. He is recognized as a leading researcher on the impact of the Federal HOPE IV program. A consequence was increased attention to support for displaced residents. Many of his 57 monographs and reports are coauthored with community partners, a true mark of engagement.

In addition to practice and contributions to theory, Dr. Hyland provided leadership in moving his and other universities to engaged scholarship serving as founding head of the School of Urban Affairs and Public Policy at the University of Memphis and consultant to over 20 campuses on engaged scholarship. He has advanced engagement on multiple boards and advisory committees and in national associations such as the Urban Serving Universities Coalition.

His work has received recognition at all levels, local to international. As examples, he is the recipient of the University of Memphis's Excellence in Engaged Scholarship Award, its highest research award; the Tennessee Higher Education Commission's Harold Love Award, its highest recognition for community involvement; the Solon T. Kimball Award for Public and Applied Anthropology, the highest award by the American Anthropological Association; and the International Praxis Award for excellence in the practice of anthropology.